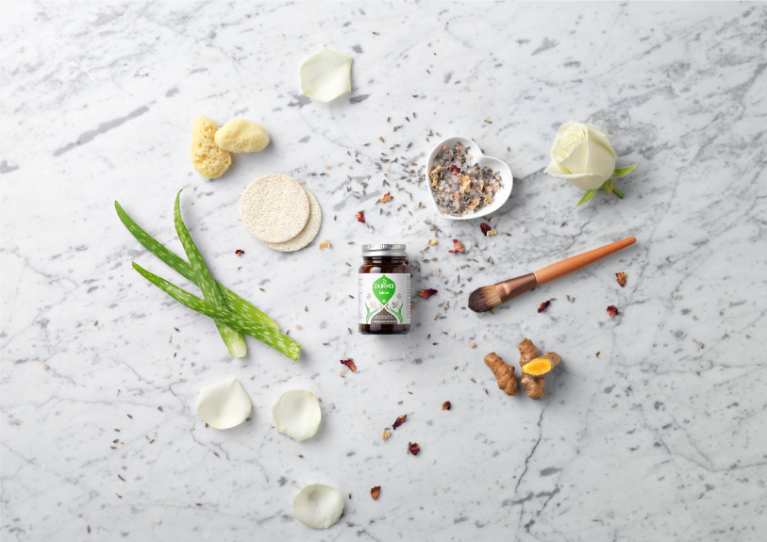 Do you also wish to improve your strength, fitness and endurance but are familiar with the side effects of the supplements and steroids? Well, you have come to the right place because there are natural herbs, also to be called ‘Hero Herbs’ that build up your strength, endurance and keep you fit without any side effects.

Building up your strength, endurance and fitness through the natural and organic means is in used from centuries, now. Ancient people were quiet big on organic and natural home remedies for not only their medicinal purposes but also, to keep them fit and improve their stamina and performance. Because of course, these natural herbs do not have as such side effects. If used or to be taken in moderate amount these herbs are very effective.

Let’s talk about them hero herbs down below;

Scientifically known as, Lepidium meyenii, is a plant of Brassicaceae family. It usually grows in Central Peru. Maca Root is high in nutritional compounds like; calories, carbs, proteins, fiber, fat, copper, iron, potassium, and vitamins. Maca is known to improve performance and energy. It helps the human body in production of human growth hormone, sustaining the muscle mass. It increases the testosterone to improve energy and the libido.

How to Use Maca Root- There are number of ways you can take Maca Root not only for the betterment of your health but you can also enjoy the nutrients.

Cordyceps also known as Champignon Chenille, belongs to the family of Cordycipitaceae. Cordyceps is a fungus that lives on certain caterpillars in the high mountain regions of China. This may improve the way your body uses oxygen, especially during exercise.

How to use Cordyceps- Cordycep is a mushroom so taking it can be a little tricky but do not worry there are certain recipes in which cordycep taste amazing.

Jiaogulan scientifically called as, Gynostemma pentaphyllum, is a member of the Cucurbitaceae. It grows in China. Jiaogulan is rich ingypenosides compared to the 28 found in ginseng. As well as these saponins, jiaogulan is a natural antioxidant and a rich source of healthy vitamins, adaptogens and minerals.It is an effective energy booster and keeps you fit.

How to use Jiaogulan

Scientifically called as Eleutherococcus senticosus, is a memeber of the family          Araliaceae. According to a research taking eleuthero daily for 8 weeks can increase your VO2 max levels by up to 12% and your endurance by 23%. It also helps the body break down lactic acid – the compound that causes muscle soreness.

How to use Eleuthero

Botanically called as, Ilex paraguariensis. Belongs to a family of Aquifoliaceae. Yerba is normally found in Argentina, south America, and Uruguay. It is contains compounds of antioxidant and nutrients. According to a study, participants who took Yerba mate leaves before exercise burned 24 percent more fat. It improves body’s resilience on fat, it increases muscle contractions and reduce fatigue.

Guarana is also famous as, Paullinia cupana. Belongs to a family of Sapindaceae. It contains properties of Anti oxidant and it’s natural caffeine content. It contains caffeine content without the intense and negative energy boost that you get from coffee. It boosts the metabolism, reducing fatigue, it gives your body more energy for the immune system to fight bacteria.

How to use Guarana

Ginseng belongs to the family of, Araliaceae. Ginseng is rich in ginsenosides and gintonin. Ginseng boosts the physical and mental activity in people who often find themselves tired. Ginseng helps cancer patients with fatigue. It has anti-inflammatory effects. According to British Journal of Clinical Pharmacology “evidence for the effectiveness of red ginseng in the treatment of erectile dysfunction.”

How to use Ginseng

Scientifically known as Curcuma longa, Turmeric is a member of ginger family. It contains the most effective nutritional compounds for both mind and the body. It has been used since ancient times for the healing purposes and energy boost. It contains anti- inflammatory and antioxidant properties. Turmeric contains an active ingredient called curcumin, which is thought to be responsible for the health-promoting properties of the root extract.

How to Use Turmeric

Commonly known as Cat’s Claw, is a member of Rubiaceae. It basically grows in South America and Amazon forest. It contains antioxidant properties. It is known to relieve symptoms of Osteoarthritis and Rheumatoid Arthritis. In a study, 40 people with rheumatoid arthritis determined that 60 mg of cat’s claw extract per day alongside regular medication resulted in a 29% reduction in the number of painful joints compared to a control group.

How to use Uncaria tomentosa

These are the hero herbs that are gift for us from mother nature herself to increase fitness, strength and endurance in people who wish to stay fit and healthy.

How To Find Best Manduka Yoga Mat For Beginners In 2021?

The Best Manduka Yoga Mat For Travel In 2021